I'm usually really good about leaving at least a few notes about the clients that Kristen brings in her studio so that I can remember something when it comes time to write a blog post. Buttt, Miss K's photo shoot was back in early August and I left myself nada. I DO remember her being super sweet and I was super jealous of her red locks. I also loved her "before and after" shots I took of her makeup. We're just going to leave it at that... short and sweet. Below are a list of
8 views0 comments

Miss A came in to see Kristen for her first boudoir photo shoot and it was planned to fall on her actual birthday. How fun is that?!! She said it would be fun to show her husband, but it was booked all for herself. And I love that! She was super fun to chat with and I know she's just going to fall in love with her images once she sees them. Below are a list of makeup products I used to achieve her glittery beauty look if you're ever wondering how we got there. Products used:
2 views0 comments

Miss H came in to see Kristen Fonville's boudoir studio in Ashland City early this month for her very first photo shoot. You could tell as soon as she entered the door how excited she was. She planned the photo shoot for her husband as he was away oversees but was coming back very soon. He does know about the shoot but won't get any sneak peeks until the images are completed. I know it must be tough for Miss H to be away from her hubby but knowing that he'll be home soon is g
2 views0 comments

**DISCLAIMER // This wedding was not booked through Declan and Mae but through Eye Do Hair and Makeup Talent Agency -- now called RefEYEance Hair and Makeup.** I was the lead artist for Christina and Derek's NYE wedding and we did a trial run about a month and a half before the big day. Unfortunately, both days were rainy days, but that's okay because the photographer has made skills and I'm awe-struck of the images. Just wait until you see them at the bottom. Anywho, below a
11 views0 comments

I've known Meredith since she was born. Our families used to live in the Chattanooga area and went to South Seminole Baptist Church together. My family moved from East TN when I was 14, going on 15, so she didn't remember much of me since she was so little but I do remember her. Her parents moved to Mount Juliet several years ago and Meredith decided to move in with them and start a new adult journey in this part of the state as well. It's crazy how things come full circle, r
13 views0 comments

Miss K came into Kristen Fonville's studio in early January for her second boudoir photo shoot (not second shoot ever, just second with Kristen). As many times as I've been in Kristen's studio and seen her wall of photos behind her desk, I didn't realize that Miss K made an appearance not only once, but TWICE! They were totally different angles and all images were in black and white, so if you didn't know to look for her, you'd probably never know. Besides that, Miss K was su
2 views0 comments

Miss A came in to see Kristen Fonville for her very first boudoir photo shoot a week or so ago. I noticed when we first introduced each other that she looked really familiar. Then I found out that her sister had done a previous shoot with Kristen and THAT'S why she looked familiar. Sisters always look alike, my sister included as well. Anywho, Miss A booked the photo shoot for her husband but decided to make this more about her and I love that! Because in the end... GIRL POWE
0 views0 comments

Miss R came into Kristen Fonville's studio for her first boudoir photo shoot a week or two ago. As a makeup artist, I talk though a lot of the steps as I'm doing them in case you are very adamant about things (ie, don't fill my brows or natural eye makeup, etc.) and Miss R was just easy-breezy about the whole thing. She said she was never a girl growing up who was picky about her face like some girls are needing to have all the top-dollar products on display. I mainly want to
7 views0 comments

Kristen had Miss E in her boudoir studio back in September for her first photo shoot. I had kinda forgotten that I worked this session until I got some final images back today. Oopsies! But I do remember her being full of life while we were getting ready. And I also remember having fun giving her a brow makeover. Below are the makeup products I used on Miss E and I curled her hair using a standard size curling wand. And then I just pulled the curls apart a little to give them
2 views0 comments

January is a busy month for Kristen Fonville as she gets everyone squeezed in before Valentine's Day. It's so much fun when you hear that THIS is going to be someone's spouse's gift. I just love it!! While Valentine's wasn't the reveal date for Miss L, she still booked for a belated birthday present for her hubby. Miss L has such a big heart and compassion for people and animals in this world and we need more people like her! She had so many stories to tell and I just wanted
6 views0 comments

Miss D came in to see Kristen Fonville for her boudoir photo shoot in November. Due to her job, she was only able to come in on a weekend and while that's not normal studio hours for Kristen, she made an exception. Kristen will keep you in mind when booking, so always know that she's open to this if you absolutely HAVE to. But Miss D was so much fun getting to know and chatting with while I was doing hair and makeup. We went a little outside of her normal makeup colors with a
2 views0 comments

Now on to PART 2! If you missed Part 1, click HERE to read. I'm continuing my review on the Top 10 Trending searches on Google per categories. These are the Most Popular Beauty Searches for 2018. 1. How to apply magnetic lashes 2. What is a lash lift 3. How to remove individual eyelashes 4. What hair color looks best on me 5. How to do a cat eye 6. How to take off makeup without makeup wipes 7. How to apply aloe vera 8. How to glue down eyebrows 9. How to fix cakey makeup 10.
1 view0 comments 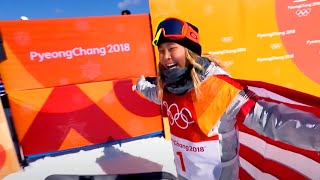 As 2018 has come to an end, it's time to reflect on the year and things we might have accomplished, negativity we might have removed, or goals for the coming year. The Almighty Google also puts together a "year-end review" with several video clips of things that make you feel like a good person. I love them. Something new I don't remember seeing in years past is Top 10 Trending searches on Google per categories. Here are the Most Popular Beauty Searches for 2018. 1. How to ap
4 views0 comments

I know I say it a bajillion times, but I truly love what I do. Meeting women and learning about their lives, struggles and joys, all the while doing their hair and makeup bonds us on another level. And if you're ever curious about the whole process, message Kristen Fonville and she can give you all the details. Signing up at that point will be a no-brainer. Miss J came in early this month for her first photo shoot and I could already see all these possibilities for different
1 view0 comments

Miss S came into Kristen Fonville's boudoir studio in Ashland City towards the end of November for her first boudoir photo shoot. It's always a blast working with Kristen and meeting her clients because they all have a different life story.... and stories do they have. Haha. Getting to know someone and relating to their stories is one of my favorite parts of this process. Miss S signed up because she wanted to feel good about herself again. Life gets in the way sometimes and
4 views0 comments

Miss N came into Kristen Fonville's Ashland City photography studio last week for her first boudoir session. She was full of nerves but I think after talking about life and her kiddos, it helped ease those nerves. She was a super fun client to get to know! These products below are what I used on Miss N for her 60s inspired makeup look. I curled her hair with more of a blown-out curl as opposed to wavy curls like I've done in the past. Products used: ColourPop no filter founda
2 views0 comments

Miss N came in to see Kristen Fonville for her first boudoir photo shoot in mid December. She signed up for the shoot to give the images to her husband as a gift and while he knows about the shoot, the images will be a complete surprise. I just love it! With her current profession, she's learned to be great a public speaking, so the whole time getting ready, she was full of words and laughter. And that definitely made the time pass quickly and before we knew it, it was "go ti
7 views0 comments

I met Miss T about two weeks ago for her first boudoir photo shoot with Kristen Fonville at her studio in Ashland City. She was a little fire cracker with stories to tell and it was great getting to know her. If you're ever curious about the makeup products I use on my clients, it's always listed beneath this. And you can always ask if you have specific questions with application. Products used: Tarte Shape Tape hydra foundation in Light Sand, NYX pro hd concealer in Glow, RC
3 views0 comments

You know when you meet certain people that you just click right away? Well, that's how it was with Laura and I because it was just easy conversation. It all felt so natural like we've been friends for life. I met Laura for lunch prior to the wedding at Frothy Monkey in the Nations area of town. She decided on not scheduling a trial-run with hair and makeup -- and if you're new to my services, I don't require that to book with me -- so we could discuss her perfect vision. She
4 views0 comments

**DISCLAIMER // This wedding was NOT booked through Declan and Mae but through Angela Wood. She's another local makeup artist and the bride booked her services. I was simply Angela's assistant that day. And even then, I was only assisting for two makeups until she arrived a smidge later, and then I had to jet.** It's always great being friends with other Nashville artists and Angela is no exception. We met at a friend's house last year and made one of those instant connectio
8 views0 comments
1
2
345